The Big River Raft Race is an annual fun-filled day on the amazing Clutha River organised by Project Clutha. Contestants enter a home-constructed raft to paddle their team 20km down the river between Clydevale and Balclutha. The Balclutha Bridge marks the finish line and the festival is held on the riverbank there. Many local groups and businesses are involved and the race raises funds for local community groups, usually LandSAR and Surf Life Saving Club who help out on the day with their safety expertise.

Read about this year's race in the Otago Daily Times' article or watch their video, below:

The Catlins Area School has entered a raft team since 2019. It is an excellent opportunity for students to work as a team, while learning how to problem-solve a range of issues in building & sailing their raft. The students are also able to connect subjects, such as Science and Hard Technology, while working on the project in a hands-on, real-life manner.

On the 22nd of February, we participated in the Clutha Raft Race! When Izzy and I arrived at the launching site, the raft and everybody was already there. Quickly everybody started putting on lifejackets and sorting out paddles. I had brought face paint with me so everybody slathered it all over their faces (including Miss Currall)! After that, we unhooked the raft from the trailer and lifted it down halfway into the water. Soon after, we got called up to the emergency briefing. And at the end, he yelled 1… 2… 3… GO!!!

We all raced down to the raft and we took a while to push it in because we kept getting stuck on the shallow riverbed. We had to take down our flag because it kept falling into the water. We thought that we were going really slow but in reality we were going quite fast. Miss Currall said to steer us into the current, which was to the right. So I pushed the paddle as far as possible, while getting hit by the paddler to the left of me. We stuck to the current for a while until an island came up, which I was yelled at to steer around.

Eventually, I swapped positions with Korban and started paddling. A little while after we swapped we started heading towards the left bank. Even with Korban attempting to steer us away, we got dangerously close to the bank and had to be rescued by the support boat. They towed us away from the bank and the floating debris.

At one point, the jet skis came up and threw a tidal wave our way. The water was extremely cold and it gave everyone a fright. We passed the small raft in front of us and threw eggs and water balloons at them. Once we had passed the second final corner, the jet ski came up and sprayed us again. As we got to the bridge people were pelting us with eggs, water balloons, flour and dough. Nicole’s dad hit me in the ear with an egg and my ear started bleeding.

Overall it was a fun experience and we came fourth out of seven rafts. Next year, we are planning to challenge other Clutha region schools to this race. Bring on 2021! 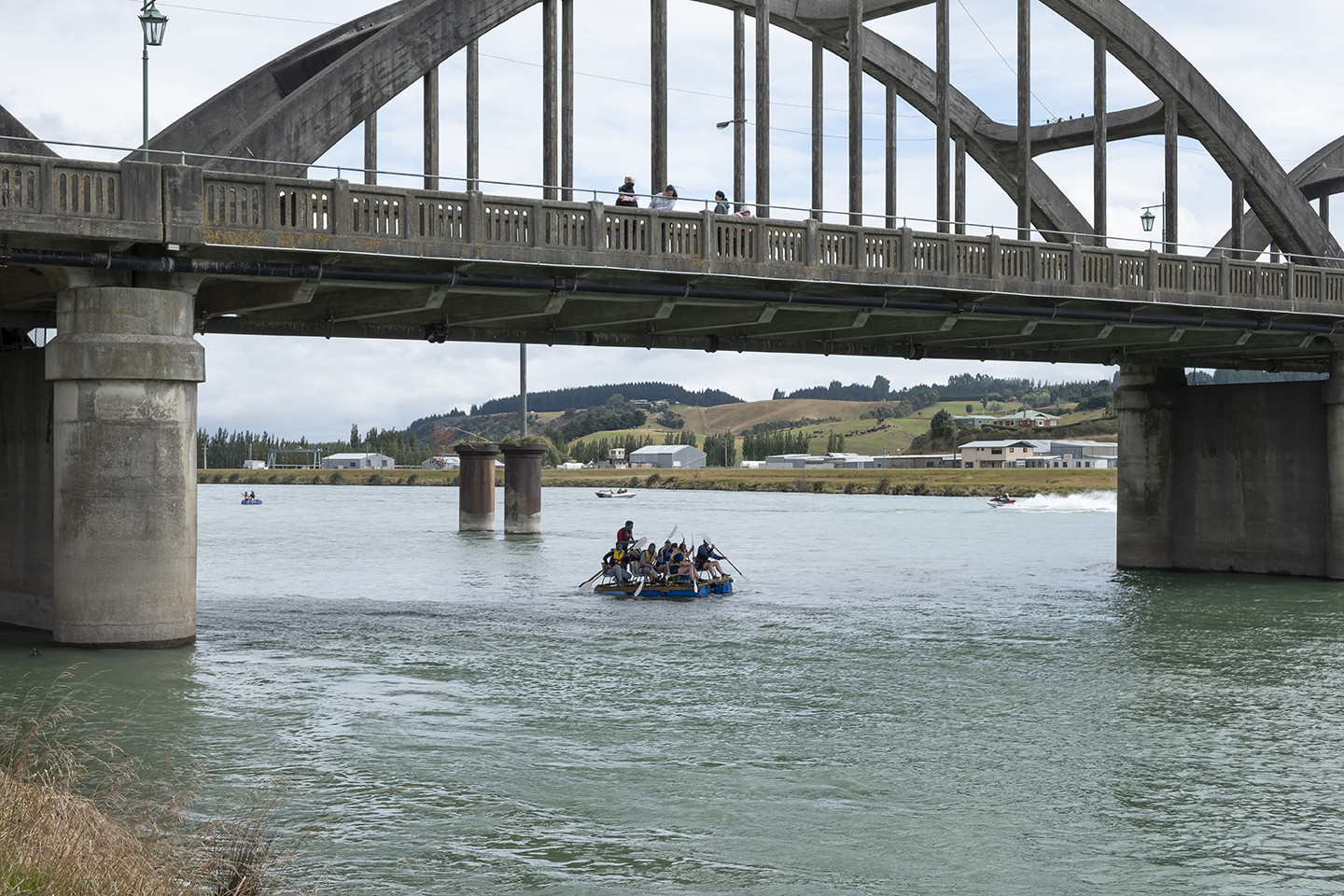 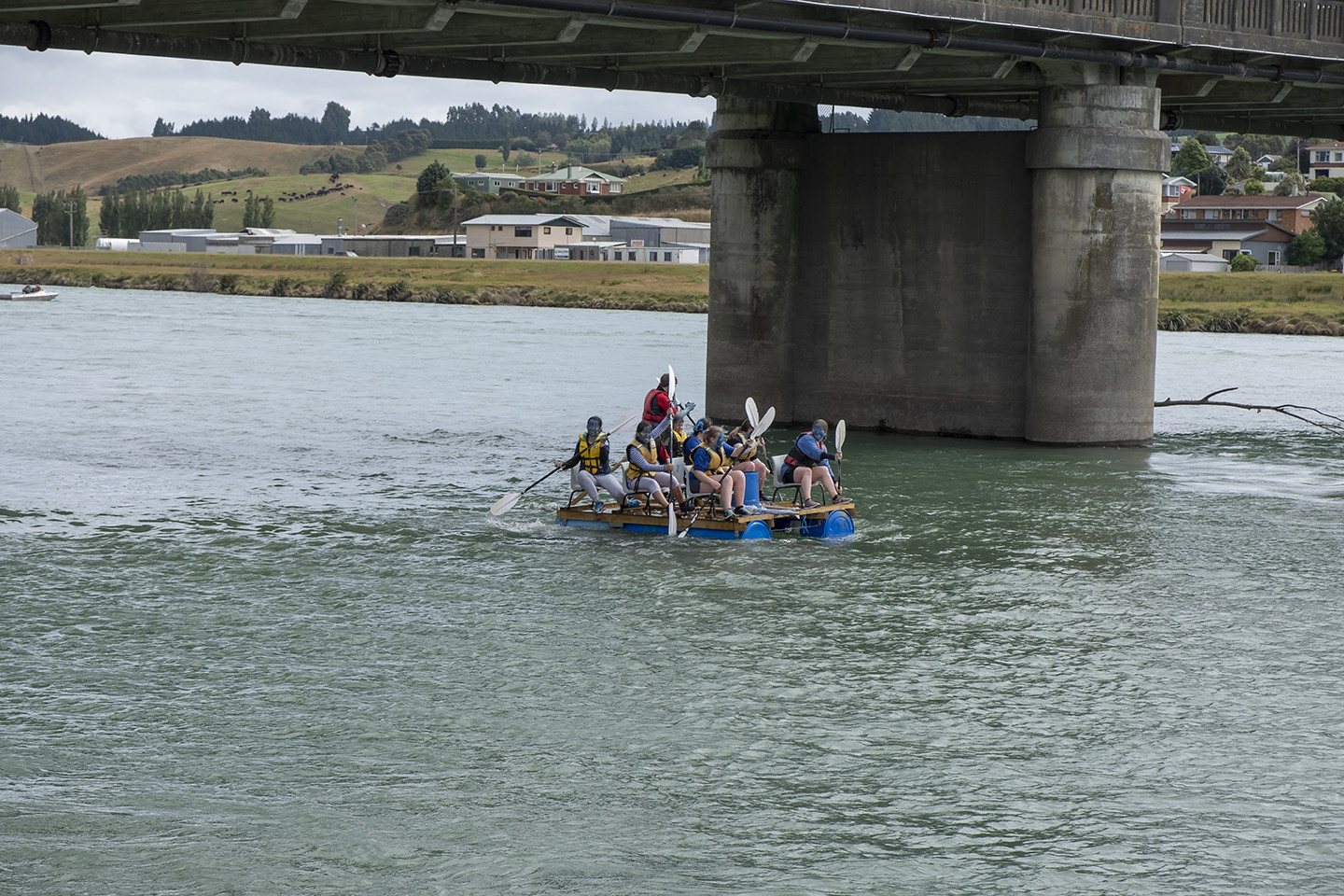 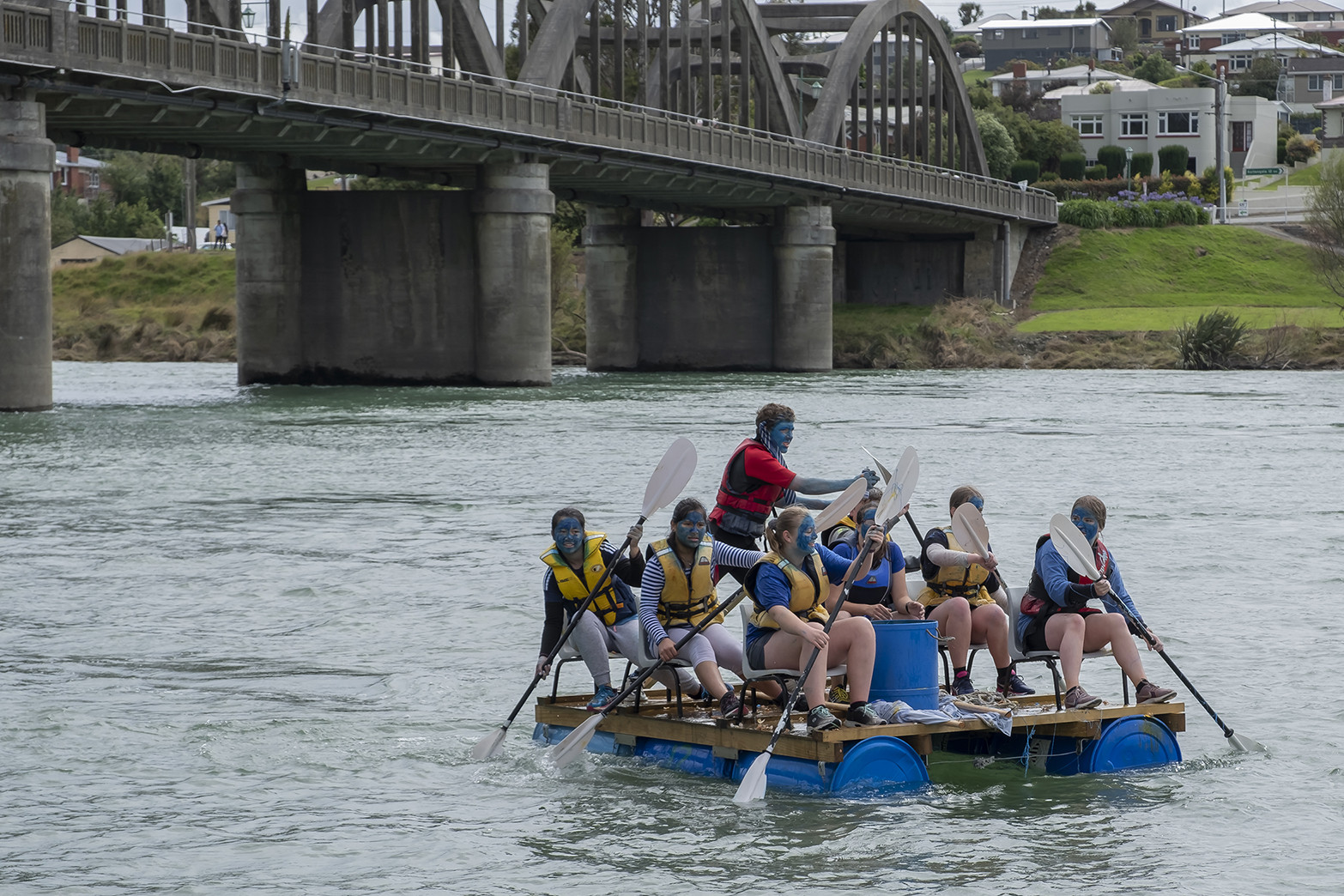 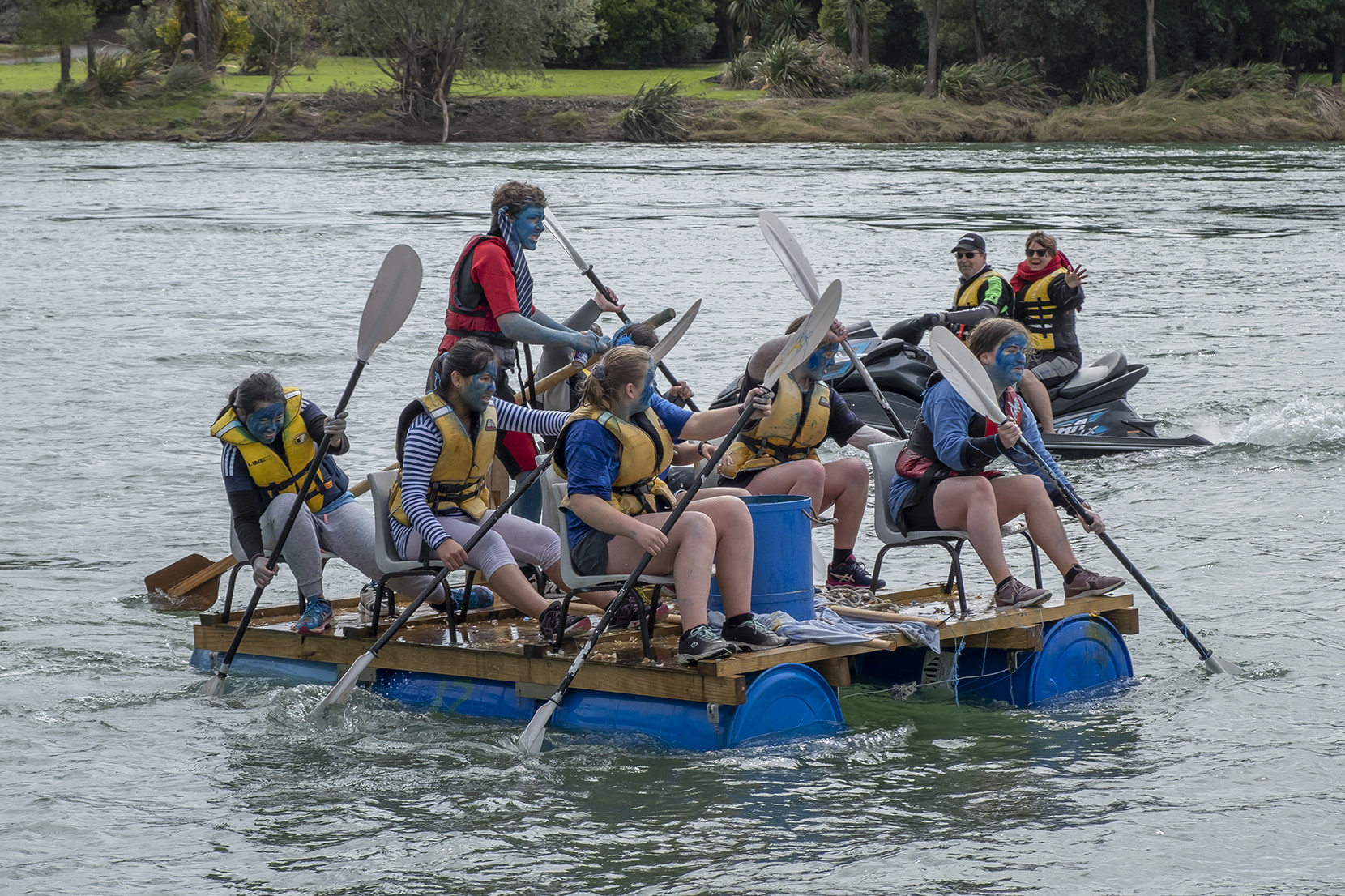 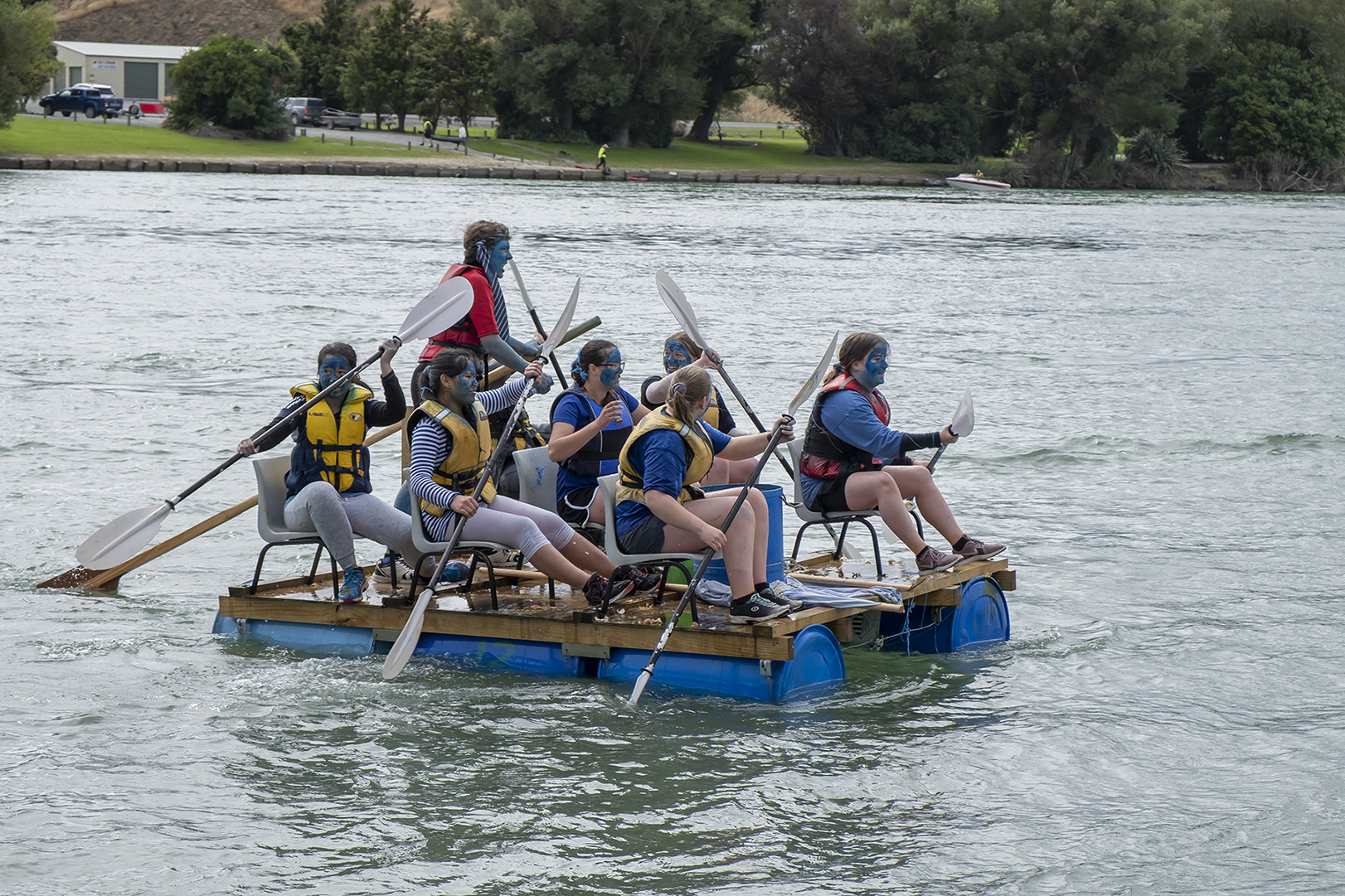 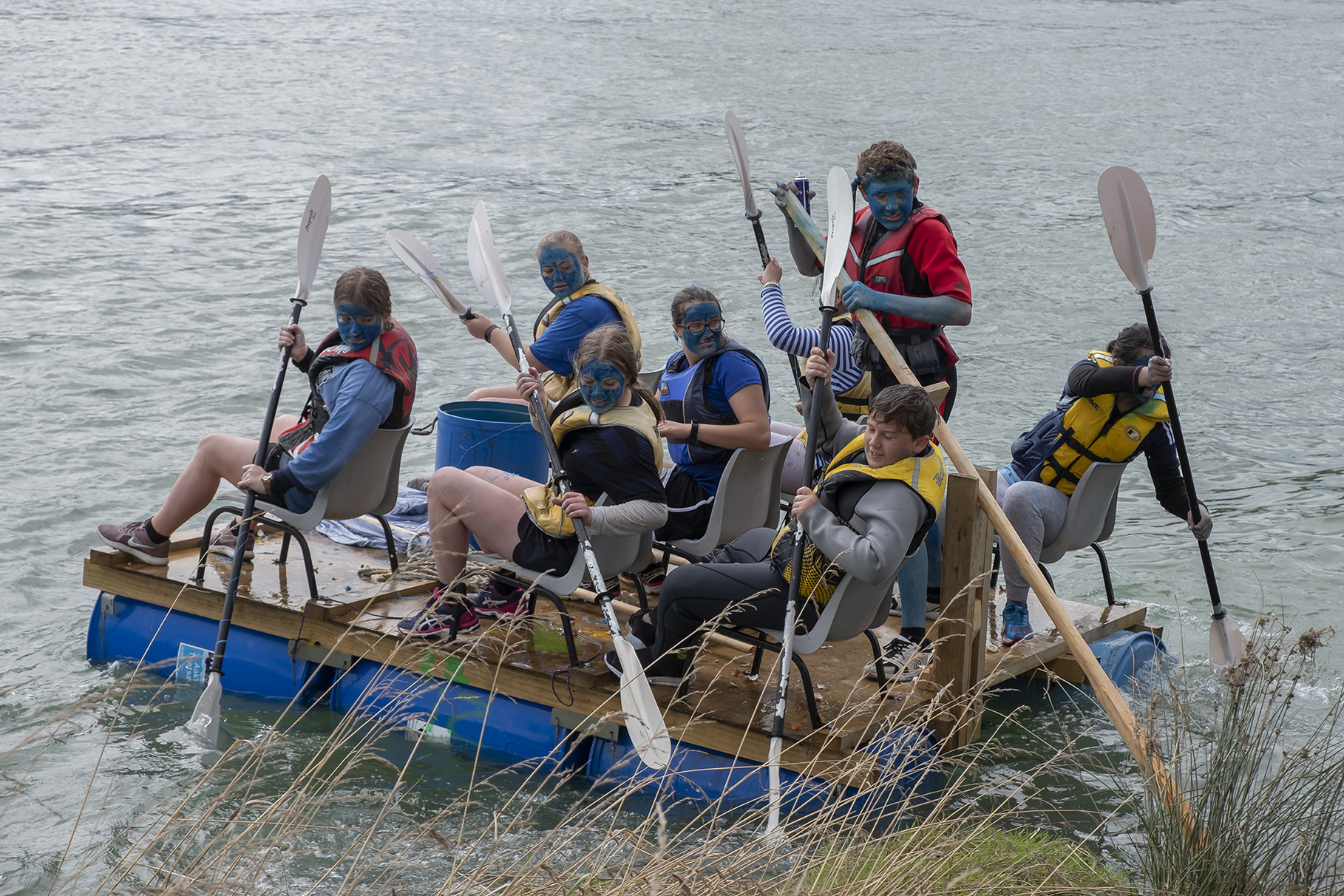 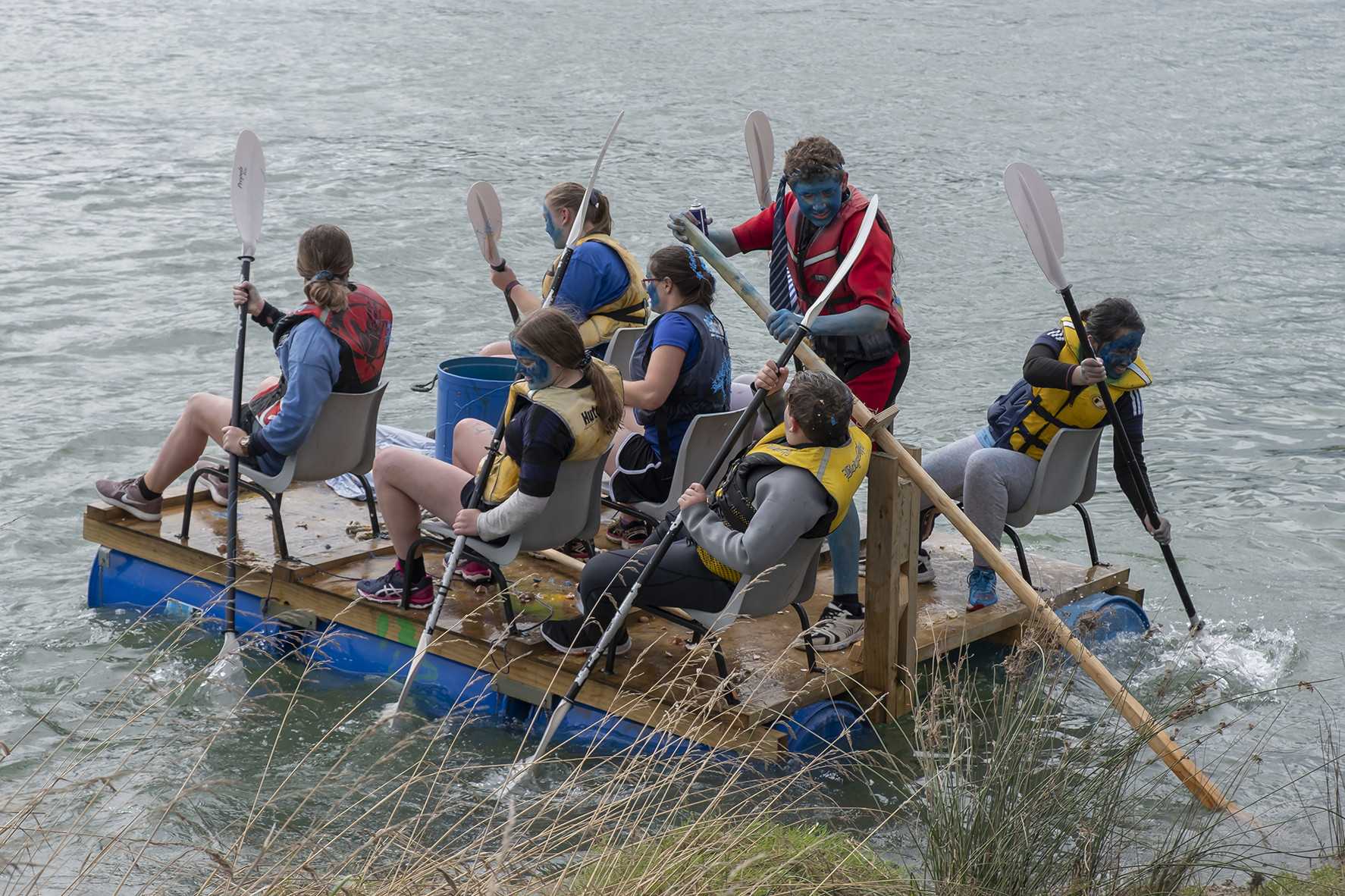 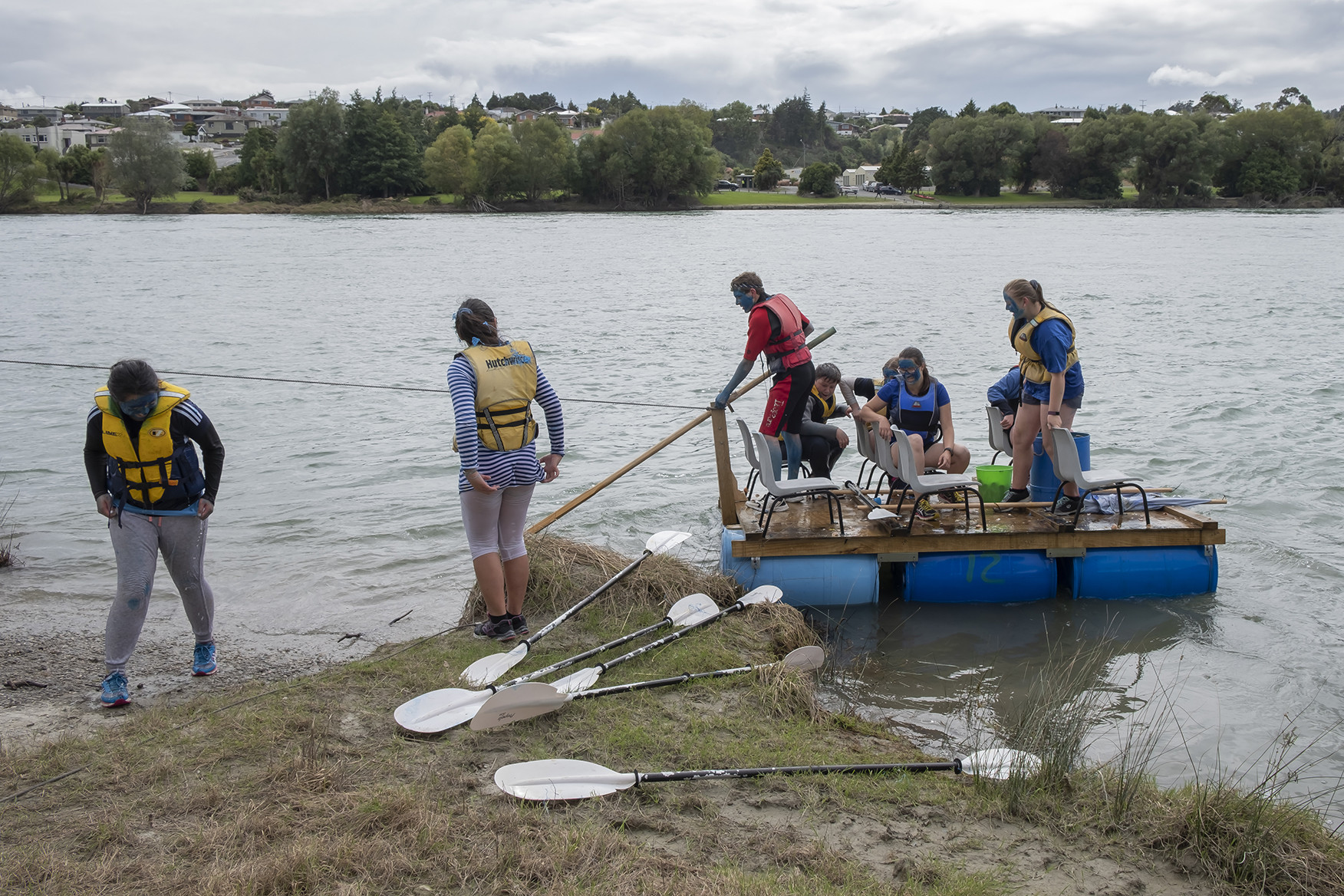 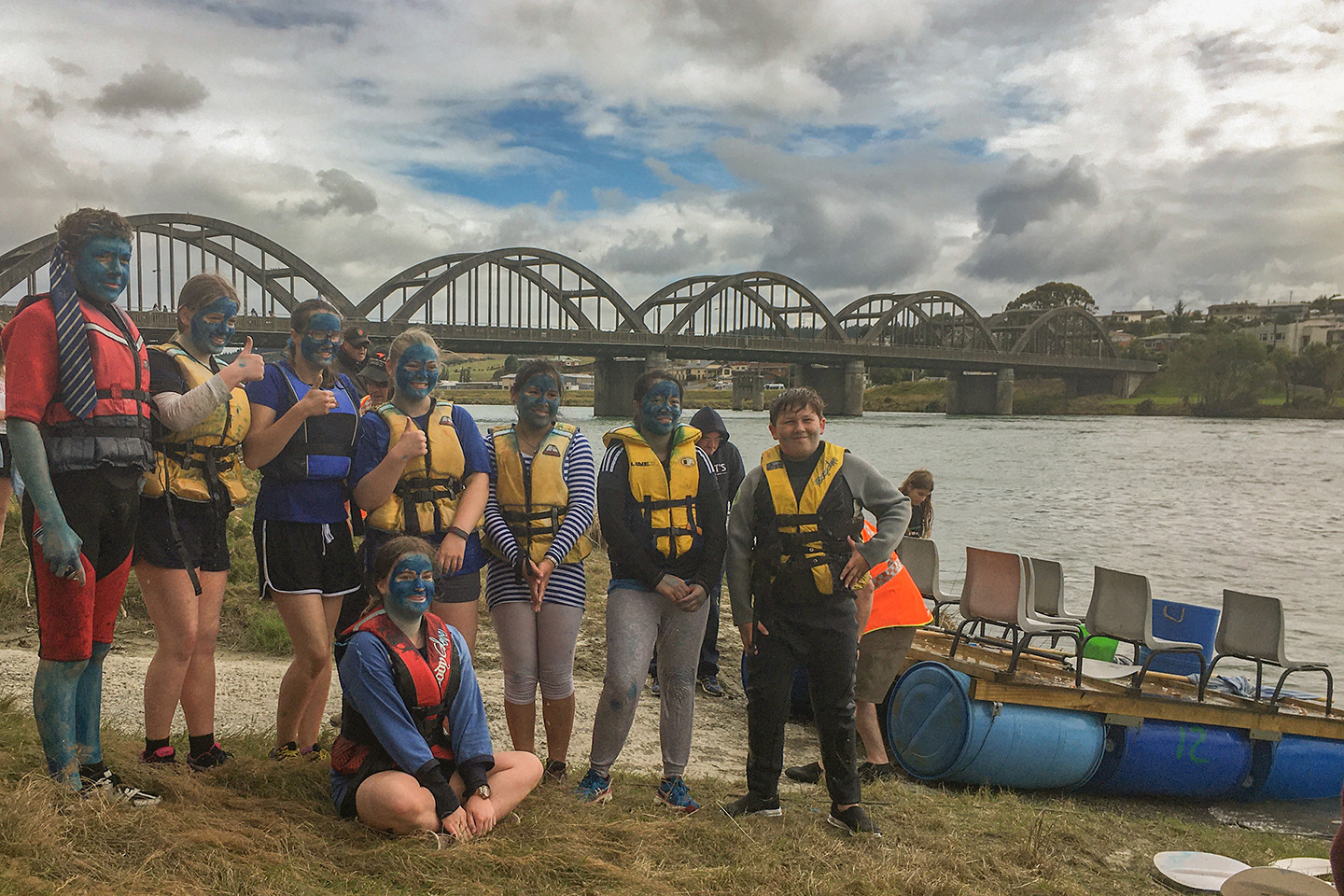