For the first time in many years, we had 2 swimmers qualify for finals - Milly Lietze in 50m free and Austin Morrison in 50m back. They swam impressively and represented TCAS with determination, showing our school values. All our swimmers trained for many hours leading up to the meet and the results show their hard work and dedication. We are very proud of all of them! On Wednesday 21st April South Otago Netball players are invited to meet some of the Steel Players and learn some great skills from some of the players in a short session at 3:30 at the Cross Rec Centre.

Despite a postponement on Tuesday, the weather cleared enough for us to send four Year 3-6 teams to the Sport Clutha Football Tournament on Thursday.

Reports back from some tired looking students on their return to school were they had some wins, some draws and some losses but most of all had a great time. 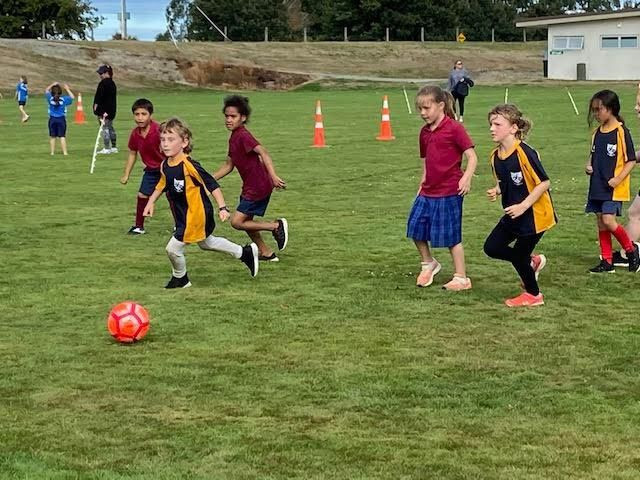