On Thursday TCAS hosted an end of season Netball breakup. This season our school had five teams playing on Saturdays.

At the start of the season, Mrs Lisa Given applied for an ANZ netball grant online which was accepted and TCAS netball was given 40 new dresses for our junior players including four sets of bibs, two netball balls and an ANZ bag. Unfortunately, the red tape got in the way a little which delayed their arrival until the end of the season, but they were able to try them on yesterday and get a few promotional photos taken.  We look forward to seeing the girls out on the court in the dresses next season.

Without the help of coaches, managers, and parents helping others with transport or timekeeping on the sidelines, we wouldn't be able to have so many teams compete.  The Catlins Area School would like to thank everyone for your dedication and commitment to our TCAS teams and we appreciate all you do. 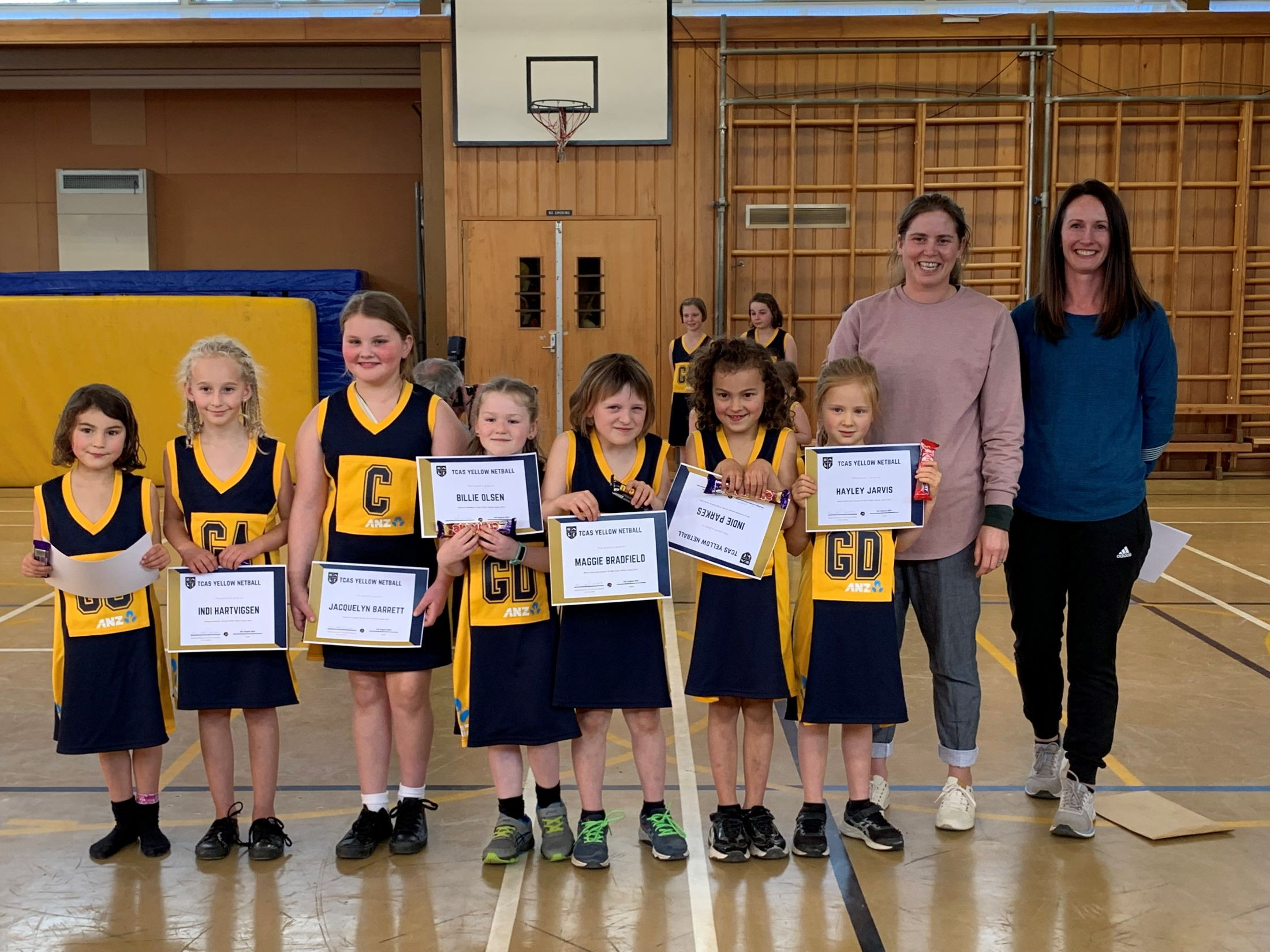 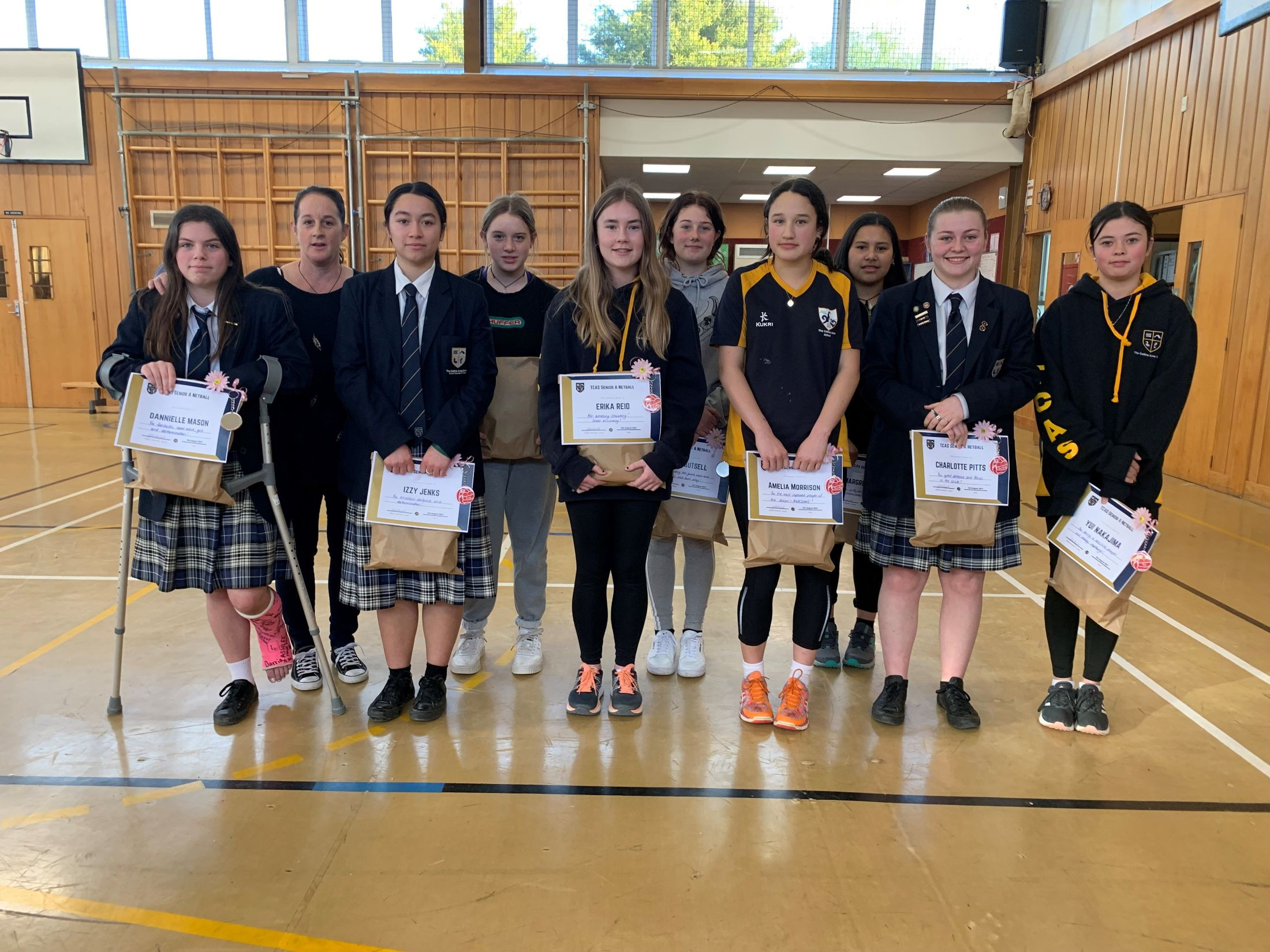