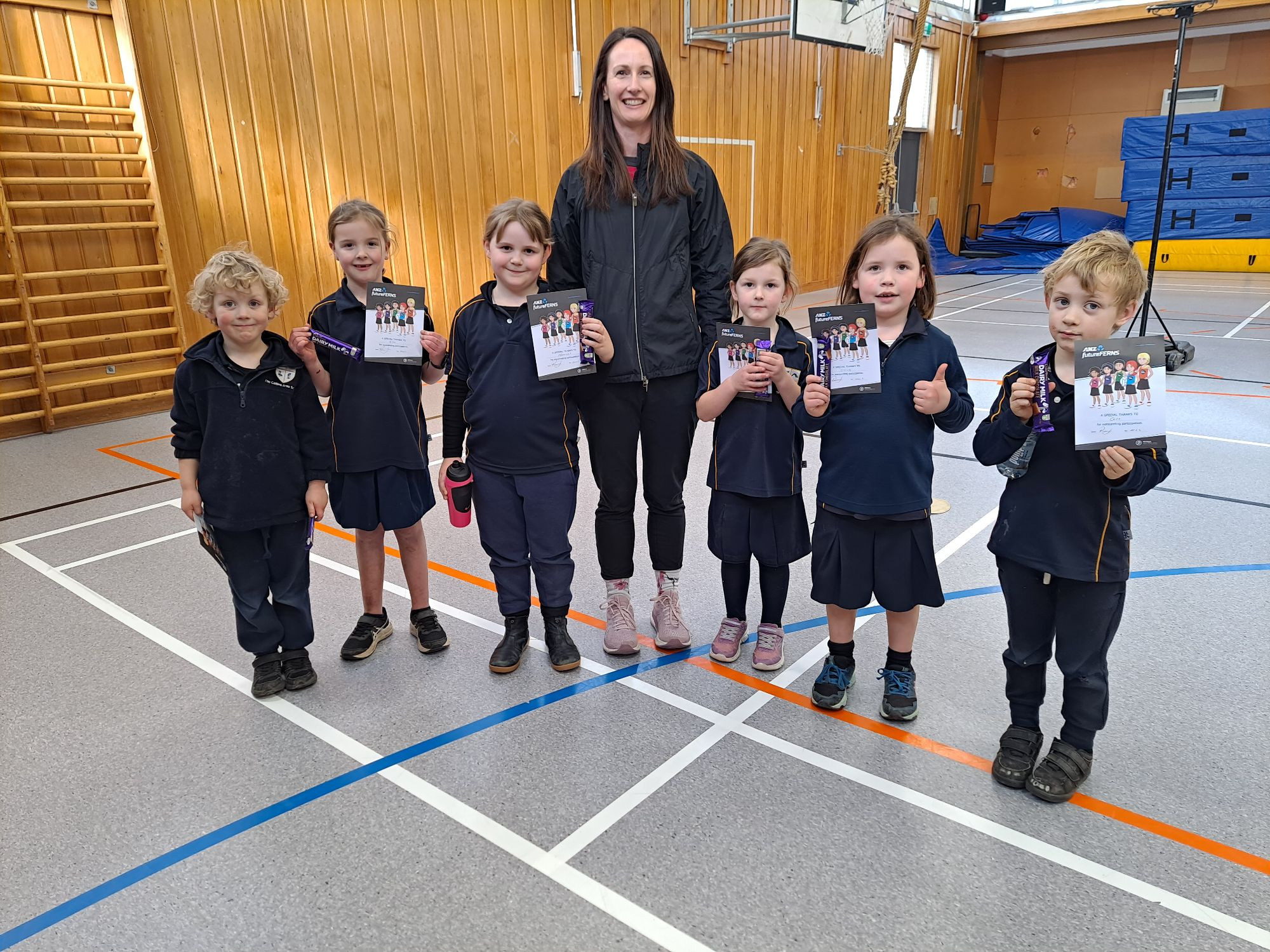 Future Ferns introduces the youngest of TCAS students to the game of netball.

A huge thanks to Rachael Landreth for again running a successful Future Ferns Programme with some of the New Entrants to Year 2. This has been running for 10 weeks on a Friday lunchtime at TCAS without having a formal game on Saturday.

Future Ferns introduces netball to 5-6 year olds. The aim is to develop fundamental movement and basic netball skills. Playing 4 v 4 allows the players to pass, catch and shoot from day one.

They have learned some valuable skills and have shown great improvement.