It's great to be able to invite parents and caregivers again to assembly to share our successes!

Mrs Hanley and Mrs Cairns had the pleasure of running the second assembly of term.  At TCAS we strive for our values of Tenacity, Care, Achievement and Service. This assembly saw a record number of badges and awards handed out to the following students:

Brooklyn Landreth and Keera Wells were each awarded a TCAS Care badge.

We have had an impressive number of TCAS cards awarded for week 3 and 4 and Graham Twaddle was the draw winner who received a $10 Four Square voucher.

Assembly will be held again in Week 6 on Tuesday 30th August. It would be great to see you there! 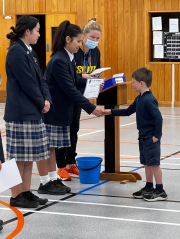 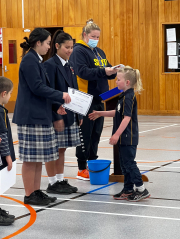