A figure of speech. Public speaking skills were a theme across the school for Term 3.

There has been a focus on writing speeches and public speaking for the term from Year 1-8. On Wednesday ākonga from Year 1-6 delivered their speeches in the hall to parents, caregivers and grandparents. Topics were varied, from animals, fruit trees in school, biodegradable plastics, why hunting should not be banned and many more. There were a few laughs, some stage fright, hiccups and applause. Everyone put in such huge mahi, kua pai te mahi! Students were then selected from the day to present in assembly on Friday and you can read a selection of some of the speeches below:

Topic: Would you rather live on a farm or in a busy city?

I am sure that I would rather live on a farm rather than in a busy city.

Reason 1: I like all farm animals because they are cute. Also you can ride most of them.

Reason 2:  You can get pets for free and keep them in the shed. In a city you can’t have any sheep, lambs, chickens, goats, roosters, pigs, piglets, cows, calves and farm dogs because it is against the law. It might wake everyone up.

Besides, I like all the fresh air. I like helping Dad and Grandad on the farm because it is fun and you get to see all the animals. When you are building a fence you can climb trees while you are waiting. My favourite time of year is lambing time, which you can only do on a farm, not in a busy city.

In conclusion, I would prefer to live on a farm, than in a busy city because you can have so many animals.

Take a look at what I’m holding up… . What do you think the difference might be between these two products? They’re both plastic, right? And you might think that they’re both the same. Well . . . you’re wrong.

Firstly, biodegradable means this plastic can degrade and decompose into our soils.

Non biodegradable plastic is extremely harmful to our environment, it leads to landfill and contamination of water. Which leads me to my next point. 100 million marine animals die each year from plastic waste alone. They die because they think plastic is food and so they eat it, or they get tangled up in it and die slowly and painfully.

I think we should use biodegradable plastics because not only does it break down into compost, it is also good for the environment. My grandparents went to Vietnam and wanted to peacefully go swimming in the sea BUT all they could feel was plastic AND it smelt so bad that they had to put a peg on their nose, that ridiculous a peg on their nose.

Did you know that 90 percent of sea birds die because they think rubbish is food? How sad is that? If we use biodegradable plastic then seabirds won't die from plastic.

Just think about bottled water for a moment…Do you have the image in your head?

That's why I think we should use biodegradable plastic only.  Have I changed your mind? . . . . Thank you for listening to my speech.

Do you like graffiti, also normally put down as tagging, but that is wrong  it should be considered art. There is some really random stuff that fits into art so why cant graffiti be in there too.

Did you know the word graffiti is an Italian word, graffiato it means (scratched).

G'day, In this situation I'm going to inform you about graffiti. Graffiti as well as bad, is also a good way to show what is going on in the world; like if there's bad words and names it probably means something wrong is happening to someone or a place etc

Graffiti brings art to the public. It aims to be seen without being caught or to spread an important message.

There is an artist called Banksy who once painted a girl letting go of a balloon and then recreated it on canvas and it sold at auction for a bit over a million and as soon as the hammer dropped it shredded itself.

And really what are you gonna use a blank wall for, I just don't see how writing your name on a wall is gonna hurt anyone.  It's annoying, it might be getting a little out of hand now but, some tourist purposely stop to look at the cool art and see the artists expressing themselves through words. Graffiti should be considered a form of art and expression unlike the scribbles and marks many people confuse graffiti with as when done properly graffiti is a beautiful piece of art.

A lot of people say it's art in the right place, and that's what I believe. Like if there was a blank concrete tank, some sheds, even schools, like just any place that would benefit from it.

Graffiti to be good takes real skill. The first graffiti was made by cavemen in caves and that was art because they were telling a story and then years later it became a game, people would write their name and a streak like of how many they had done, and like a game you want to win, so they did it differently and more special and now it's this.

In conclusion I think graffiti should be considered a form of expressing our freedom in a nice way without hurting anyone, and it is cool art.

Cheers for listening to my speech. 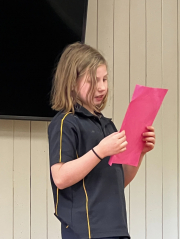 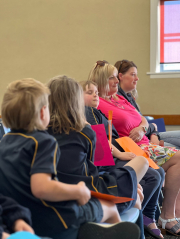 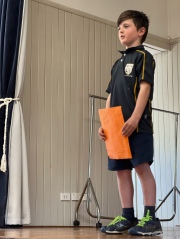 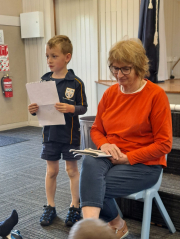 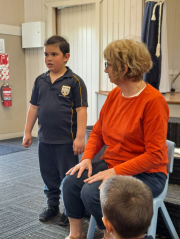 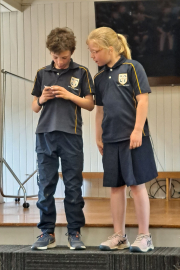 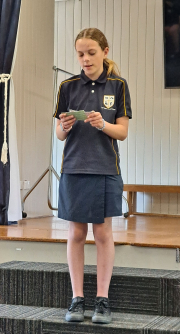 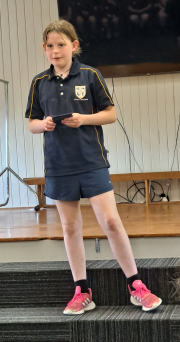 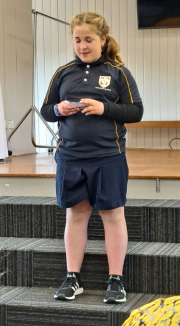 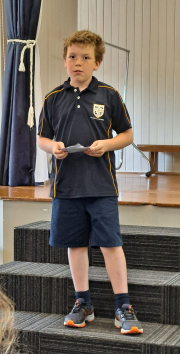