Five students from TCAS showed off a striking amount of skills at a recent hockey festival in Invercargill.

On Sunday the 28th August  Casey Catherwood, Harry McDougall, Harry Lietze, Rocco Povey and Juliet Wilson played in a Year 5-6 Hockey Festival in Invercargill. The weather was a lot colder for the spectators than the players, who were able to keep warm with the 14 minute mini games. There were split amongst five teams all representing South Otago who had been attending practices on a Saturday morning run by Clutha District Hockey Club.  Players showed an impressive number of manoeuvres that they had gleaned from the practices, and their skill, communication and confidence grew with every game. Well done players! 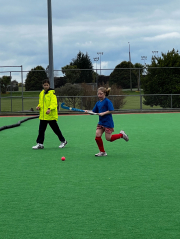 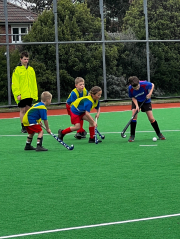