On Thursday 8th July 20 Year 7-8 students chose to take part in the Annual Police Competency Simulation Test at the Cross Centre in Balclutha.

This is a fitness test that potential police recruits need to master in under 3 minutes on their own as part of their application for acceptance into the NZ Police College. Frontline police officers need to undergo this test every 2 years.

The students take part in teams of 4 and have the option to be timed and compete for the Liz Bartlett Trophy, or they could do it socially. This year we had the largest group of students volunteering to take part. Three teams chose to do this competitively for the first time since TCAS has been involved with the event.  While the event encourages team-building skills as students need to collaborate to complete each activity, it is all carried out under strict control of the Police as well as the officer from the police college who undertakes all the fitness testing of recruits and police. The event also promotes building positive relationships with our police force.

Activities, for example, involved were:

- Pushing a trailer to point A and removing a car tyre then carrying it to point B;

The students had an absolute ball and were very supportive of all the teams there. They were fortunate enough to witness - and support a potential police recruit doing her actual physical test.

Though our teams did very well all round, a special shout out goes to Peter, Mark, Harper and Lana (Team Slytherin) for coming fifth overall with a time of 3.39minutes. (The winning team's time was 2.51)

A big thank you to those who stepped up and represented our school so well and also to the parents who offered to help with transport. 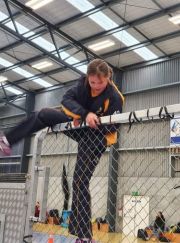 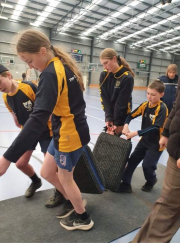 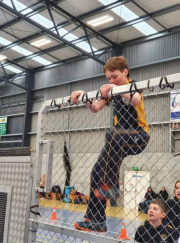 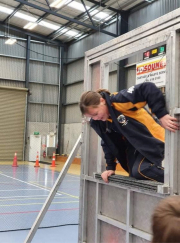 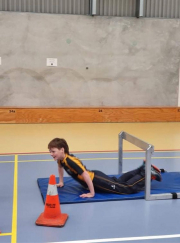