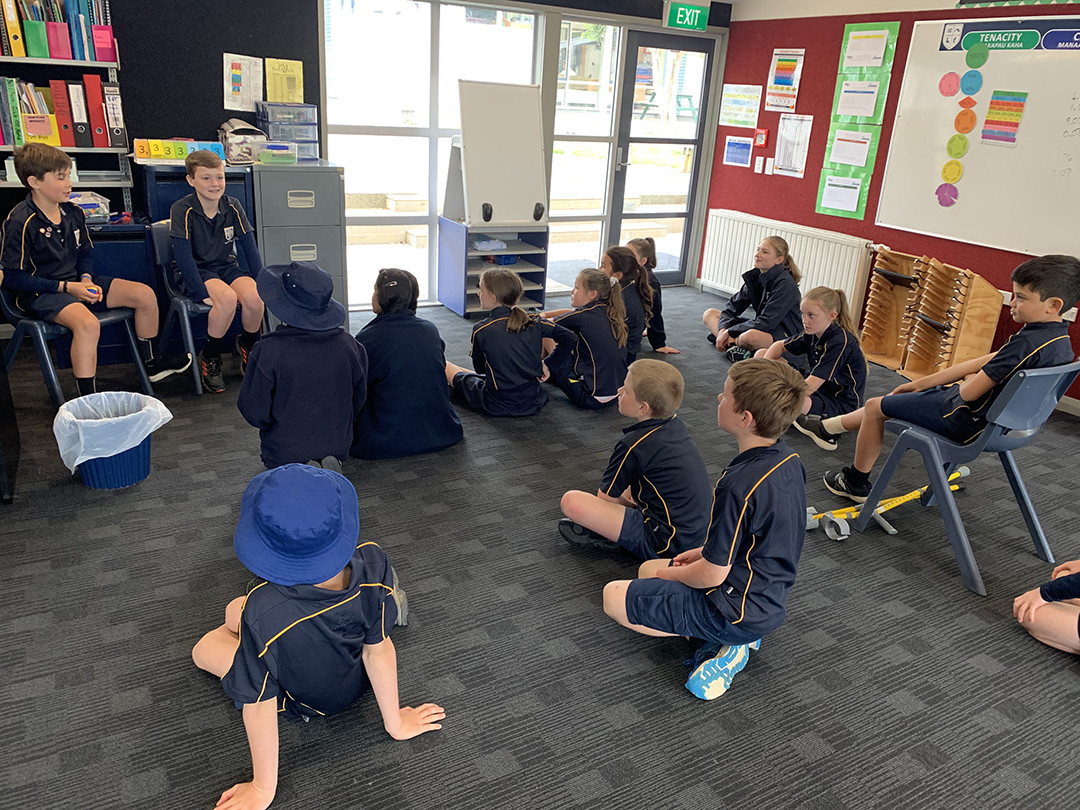 Room 19 students have been given the opportunity by Mrs Bopp to be the 'Teacher for an Hour'. Hadley and Archie were the first pair to be let loose on the class!

Mrs Bopp explains how the idea came to fruition:

This all started when I was talking to my class about something I did with a Year 7-8 class some years ago when I was working at another school. To add some excitement and variation to the end of the term, the principal let the students be 'teacher for a day'.

Pupils had to plan the day with the help of the teacher, prep the resources and teach the class. Room 19 begged to do the same, but I decided an hour was fair. Those who wanted to do this, have been rostered on to an hour a day.

Playing 'Silent Ball'...and it was! 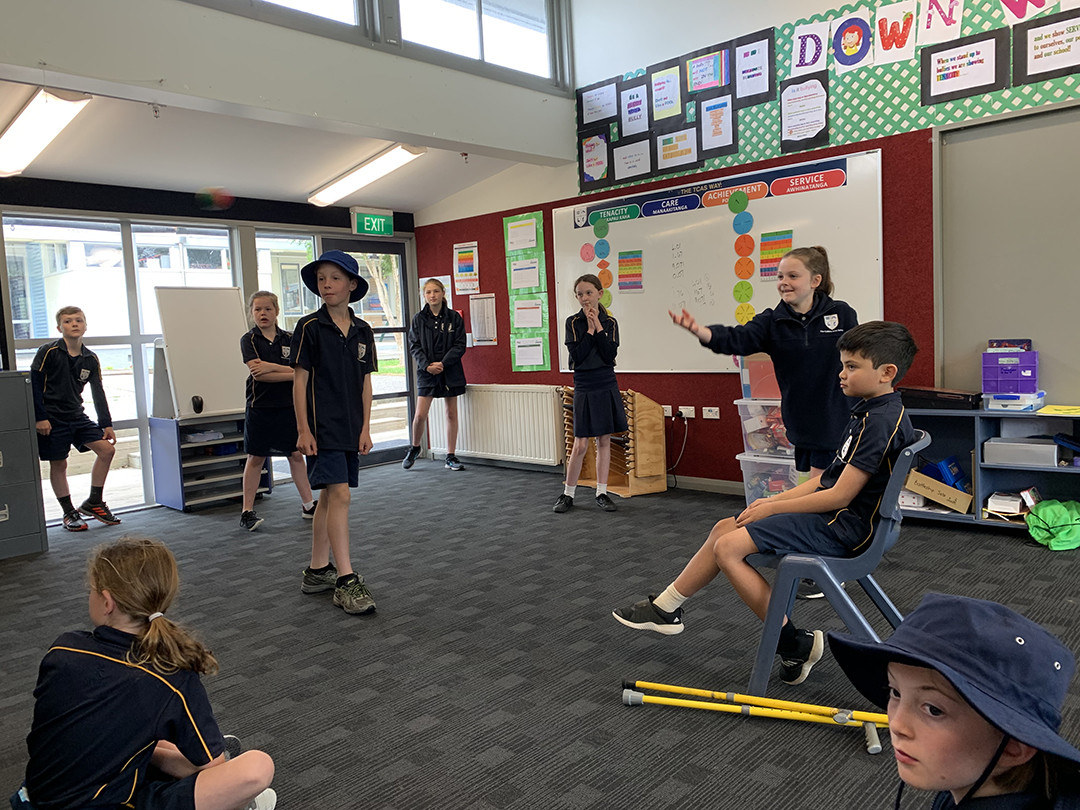 Last week, Hadley and Archie planned the lesson. It was mostly a maths lesson about adding algorithms. The boys had a well planned hour of a short game, activity and an early finishers activity. I was most impressed with the execution of the lesson, the expectations set at the beginning of the lesson, the confidence the 'teachers' had as well as the respect given to them by their peers. The 'teachers' also showed great co-operation between themselves. "It was fun!" said Hadley. Sadly, other pupils teaching opportunities have fallen by the wayside as making pet beds for the SPCA is taking precedence.

Hadley, instructing the class on the tasks that he and Archie had planned: 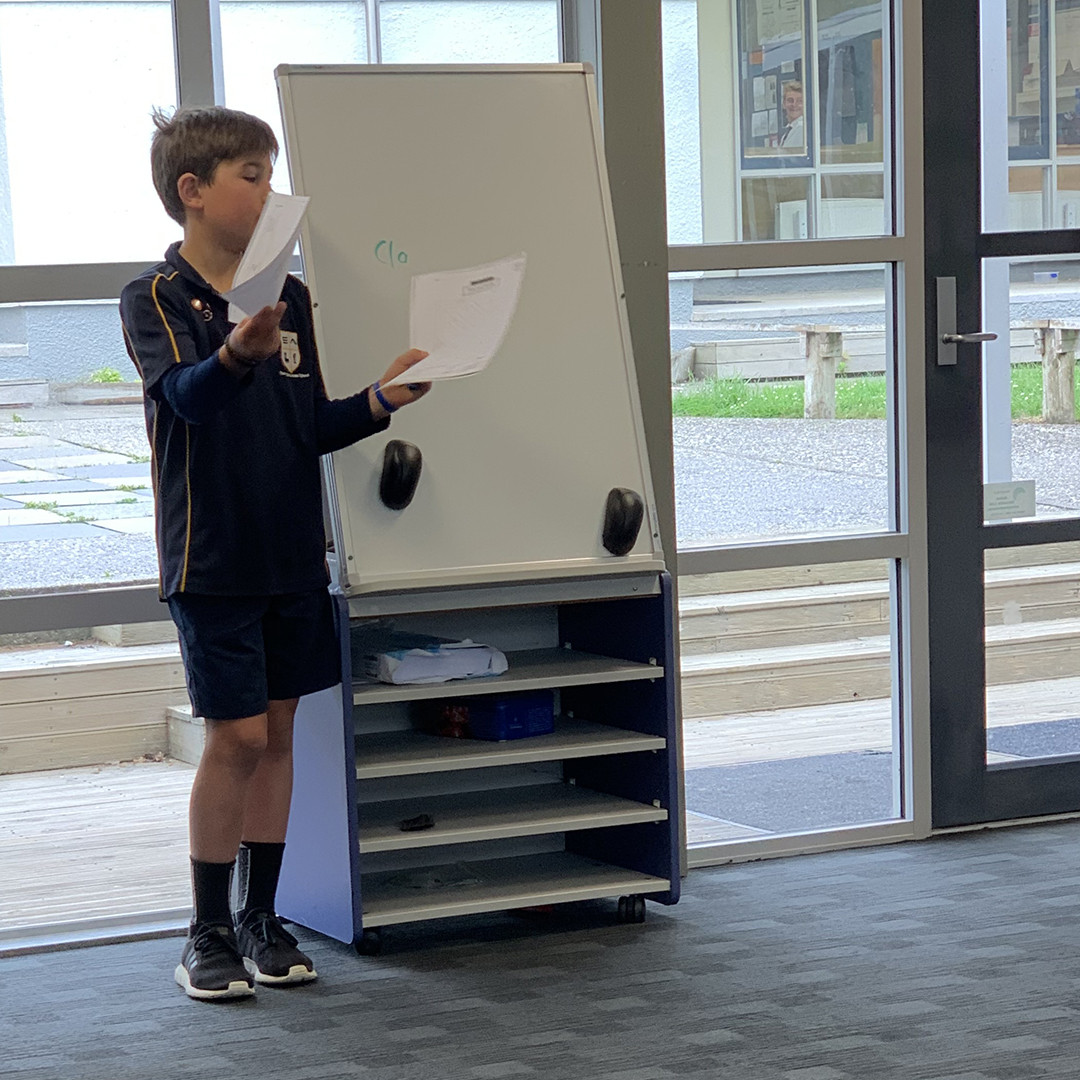